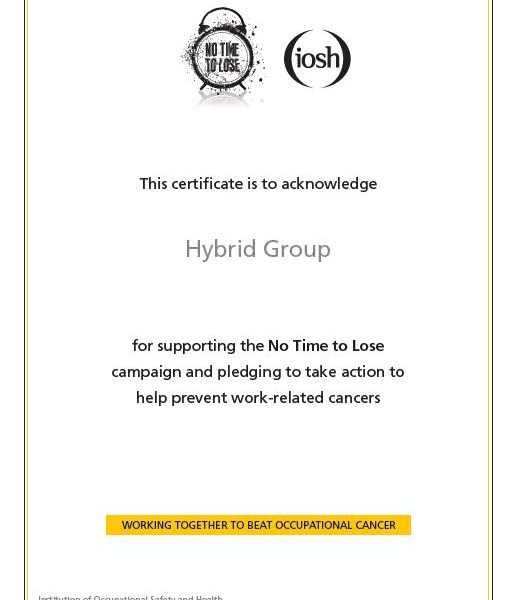 Hybrid Group has been awarded a certificate from IOSH for supporting the No Time to Lose campaign and pledging to take action to prevent work-related cancers.

The latest phase of the campaign focuses on raising awareness of asbestos – the biggest occupational cancer killer claiming at least 100,000 lives a year worldwide.

The risk from asbestos is considered to be so serious that more than 60 countries, including the UK and those in the European Union, have banned its use and have specific laws to protect workers and others who may be exposed to it.

However, asbestos is still used and imported into many countries, and there are still many thousands of tonnes of asbestos-containing materials (ACMs) in buildings, and in industrial plant and equipment, all over the world. Workers could be at risk from breathing in asbestos fibres.